U.S. food retailers are facing an unprecedented inventory problem. Never before has so much retail square footage been devoted to selling food, and the WSJ’s Heather Haddon and Julie Jargon report that the mismatch leaves grocers facing tighter margins and weighing new strategies to adjust to changing consumer habits. Commercial retail food space set a record last year, with 4.15 square feet per person, according to CoStar Group , CSGP -0.17% nearly 30 times the space major grocery chains held in 1950. The growth has come as more retailers are bringing food to their shelves, adding to the proliferation of stores by supermarket chains. That’s been a boon for food distributors and for transportation operators specializing in perishables shipping. But the store inventory comes with clouds: The food-retail sector has become more saturated, and entrants like European deep-discounters Aldi and Lidl are driving down costs, adding downward pricing pressure across supply chains.

New protections for American steelmakers will have to wait, thanks to the complicated nature of supply chains and global trade. Commerce Secretary Wilbur Ross told Congress that President Donald Trump’s pledge to quickly provide big import tariffs has gotten bogged down in “complexity,” the WSJ’s Jacob M. Schlesinger and Bob Tita report. The focus on the potential difficulties of imposing new limits on foreign steel highlights how the administration has gotten bogged down in the details of implementing what was originally portrayed as a simple, clear solution to a stark problem of cheap foreign steel. The tariff threat has also displayed the fissures in business, with some manufacturers concerned that their costs would rise while agriculture producers and other exporters worried about retaliation. The European Union has signaled possible new limits on inbound U.S. consumer goods and other nations also could respond. The bigger concern is overproduction in China, but the movement and processing of Chinese steel around the world only adds to the complexity.

Even Tesla Inc. Chief Executive Elon Musk has a grim outlook for the company’s ability to quickly ramp up its supply chain for its new mass-market sedan. The Tesla founder insists the company will be able to boost production of its all-electric Model 3 up to 10,000 vehicles a week, but the WSJ’s Tim Higgins reports that Mr. Musk says Tesla will “go through at least six months of manufacturing hell” to get there. Tesla’s rollout of the car focusing new attention on the company’s bid to push into the automotive industry. Tesla believes it has the technology down, but getting cars to customers involves new complications. One worry: Tesla may have trouble getting parts from suppliers on a schedule that meets his ambitious targets. With more auto makers jumping into the electric car business, Tesla now is in a race to get its supply chain in gear before competitors with long-established assembly lines draw away the buyers interested in electric vehicles. 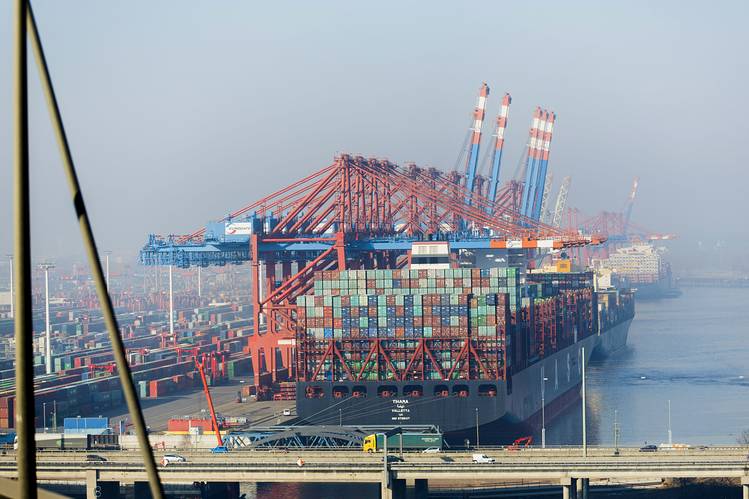 U.S. egg producers are having a very tough time balancing supply and demand.Poultry farms are facing a severe glut that’s been crashing prices for eggs, the WSJ’s Jesse Newman and Jacob Bunge report, just two years after the worst bout of avian influenza in U.S. history devastated egg-laying flocks. Farmers have restocked egg supplies but they’ve found that demand hasn’t kept pace, with some buyers sticking with alternatives they turned to during the earlier outbreak. It’s a sign of how sudden changes in supply and demand can echo across an industry, triggering boom-or-bust cycles. The bird-flu outbreak in 2015 led to egg shortfalls and record high prices. Egg production more recently is clocking in at record levels but demand hasn’t rebounded nearly as quickly. Some relief may come abroad: With prices for some types of eggs below $1 a dozen, there’s more demand from some export markets, and the weaker dollar only help that demand.

How Small Logistics Companies Can Beat The Big Boys

Stay Up-To-Date With Our Newsletter!

FleetOptics provides Dedicated Fleet Customers with Final-Mile Logistics and Analytic Transportation Solutions. Our proprietary web based technology is turn-key and ready to go, requiring no additional investment or integration with your current operating platform.